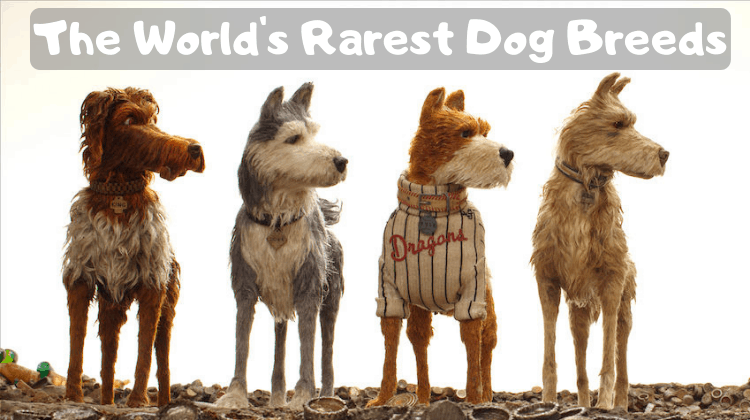 Dogs are an important part of the family, but sometimes you get used to seeing the same dog breeds each time again and again, but hey, Have you ever seen a dog somewhere and you asked yourself what is that, what kind is this dog breed?.

Well, dogs come in many shapes and sizes, they also differ in their looks, traits, personality, temperature, and even their dietary system, and that’s why we need to face this hard fact that when it comes to pick a favorite or a good dog breed to adopt and own, the mission can be mission impossible, so what about trying something new and try to know more about some unique and extraordinarily dog’s breeds, that can be more appealing option.

But, first I guess that you need to  learn more  about some of these rare breeds, moreover, you  should consider learning a bit of the history and facts behind each of these rare breeds , and in this article, we are digging a little deeper to know more about the rarest dog breeds, so we have rounded up a list of some of the rarest dog breeds ever around the world, however, it important to mention that these breeds are listed in no particular order.

So check this out and keep reading, and who knows perhaps you may manage to know all these rare breeds, but I bet that you at least will find one breed that you have never heard about before. 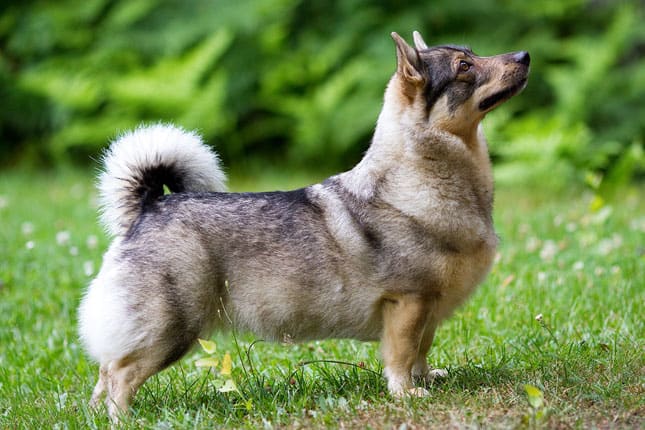 This breed is considered to be a cattle dog, it is as well known for being low and long like the Corgi breed, moreover, the Swedish Vallhund is known for its intelligence and hyper energy.

In addition, this breed is famous for being used in Viking longsships, and this is because of its endless supply of energy, also this breed is very cheerful which makes this dog a great family-friendly pet. 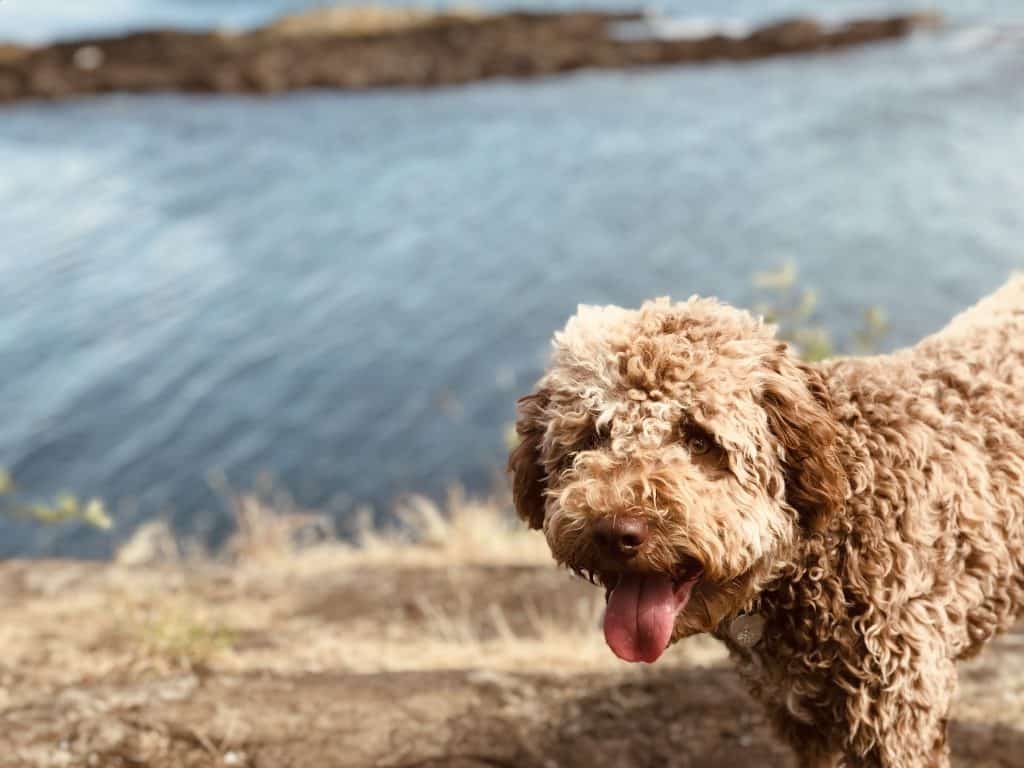 A lot of studies have suggested that this breed is a very ancient one which its origins go back to the Romagna region that is located in Italy, but generally, this breed is famous for being lovely, friendly, affectionate, devoted, in addition not to be demanding at all.

It’s important to mention as well, that these fluffy dogs are famous for being a specialized truffle searchers and sticks as well. 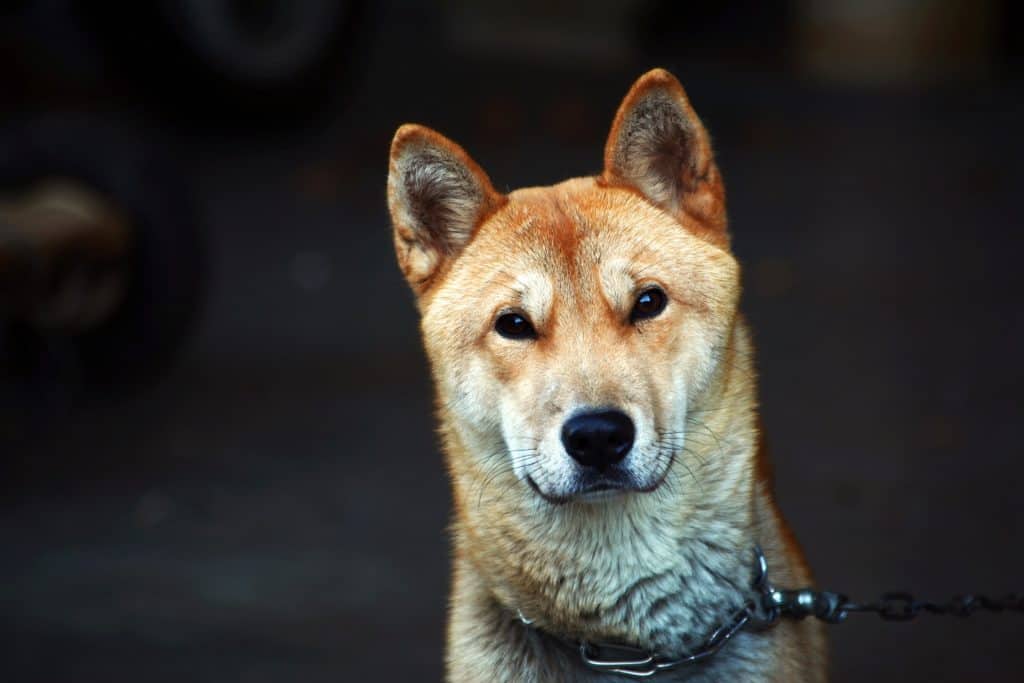 This breed origin goes back to South Korea, and surprisingly these dogs have been around at least 1,500 years, however, this breed is known for being smart, friendly, and intelligent, despite the fact it can but  be easily distracted..

In addition, this breed can be trained to hunt in packs or with a trainer, but on the other hand, it has been found that these dogs prefer to be a good company to their owners, rather than being keen on playing by police rules. 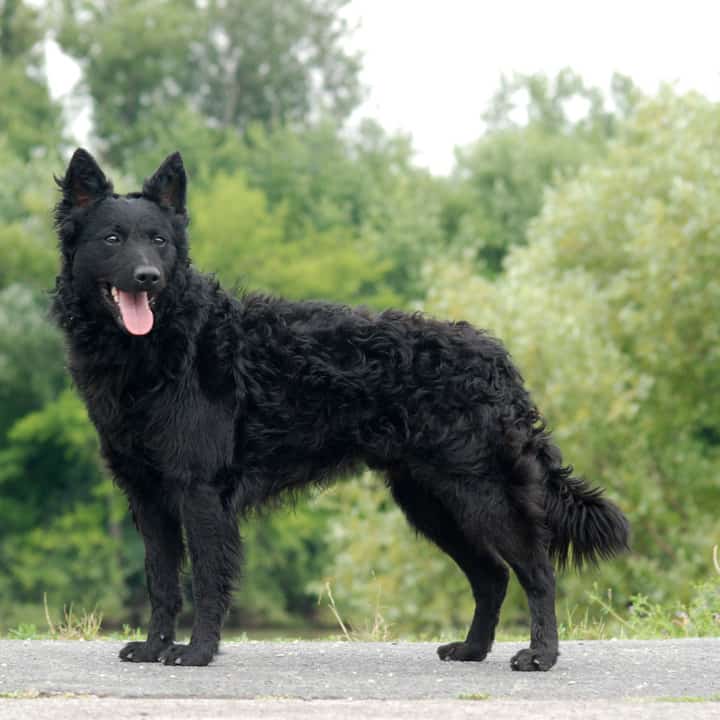 This another rare dog breed which is pronounced ‘moody and created as a mix between the well-known Pumi and Puli breeds, however, this breed’s origins go back to Hungary, this breed which is less than a thousand in existence, believed to have originated in the 1800s.

You May Also Like:  No More Dog Pulling.. Here Top Anti-Dog Pull Harness

So, this breed is known for being upbeat and highly-active, in addition to being super a high-intellect, and all these traits helped to make this breed used to herd sheep and cattle, along with being effective watchdogs. 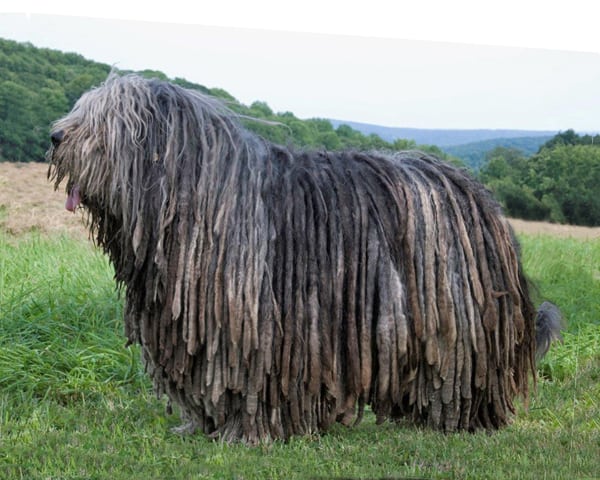 This breed origin is from Bergamo an area that is located close to the Italian Alps, and that’s why these dogs have a thick and abundant coat that helps to keep them warm during the unforgiving cold atmosphere of the Alps, in addition to protecting them from predators.

This breed is famous for being working dogs and great pets, in addition to their herding ability, and that’s why we can understand why they were first used to help local farmers herd their livestock. 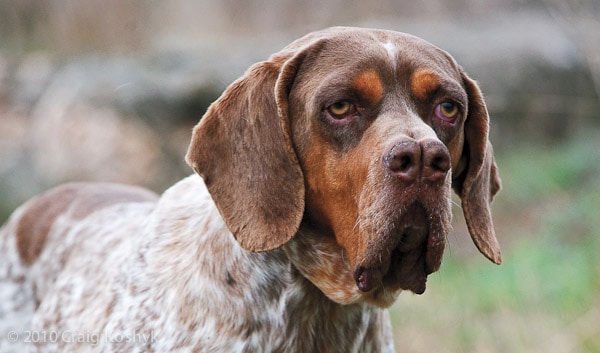 This is one of the rarest dog’s breed ever in the world, which has been spotted in Bolivia, definitely, this breed is super famous for its double nose, which is similar to a normal dog nose, but the nostrils are divided by skin and fur. However, this unique and extraordinary double nose helps this breed to have a greatly-improved sense of smell. 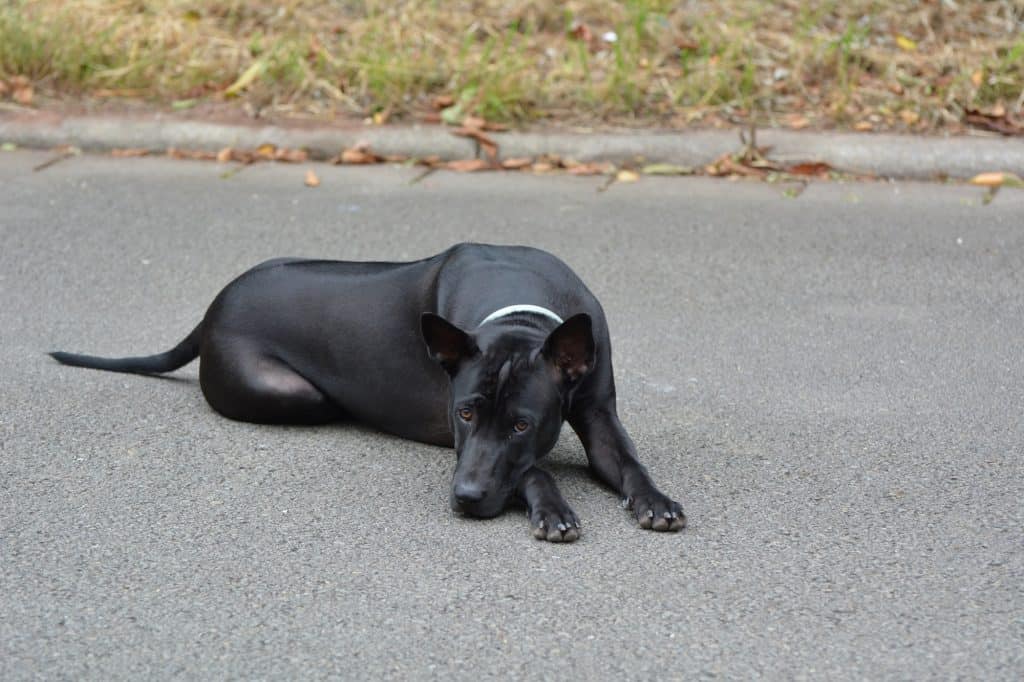 in addition, these dogs are known for being very muscular and having great at agility exercise as well.

However, it is important to consider that these dogs are territorial and don’t get along well with other pets, and due to the fact that they come from a warm place so these dogs cannot do well during very cold weather. 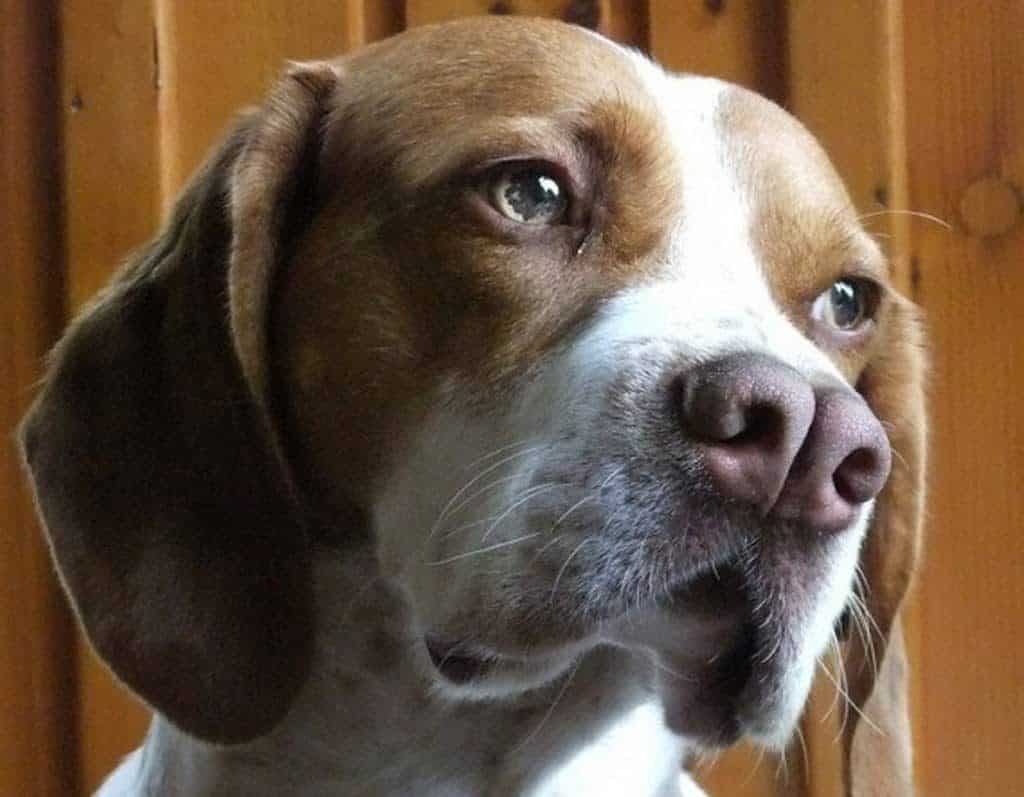 This a rare Turkish dog breed, which has split noses and wide eyes,  many studies as well have suggested that its name Catalburuns means fork- nose, however, many researches don’t recognize the Catalburun as a dog breed, simply because it is a very rare one.

You May Also Like:  Everything You Need To Know About Dog's Ear Language

It’s important to mention as well that these dogs were first used as a hunting dog, but were eventually kept for their unique looks. 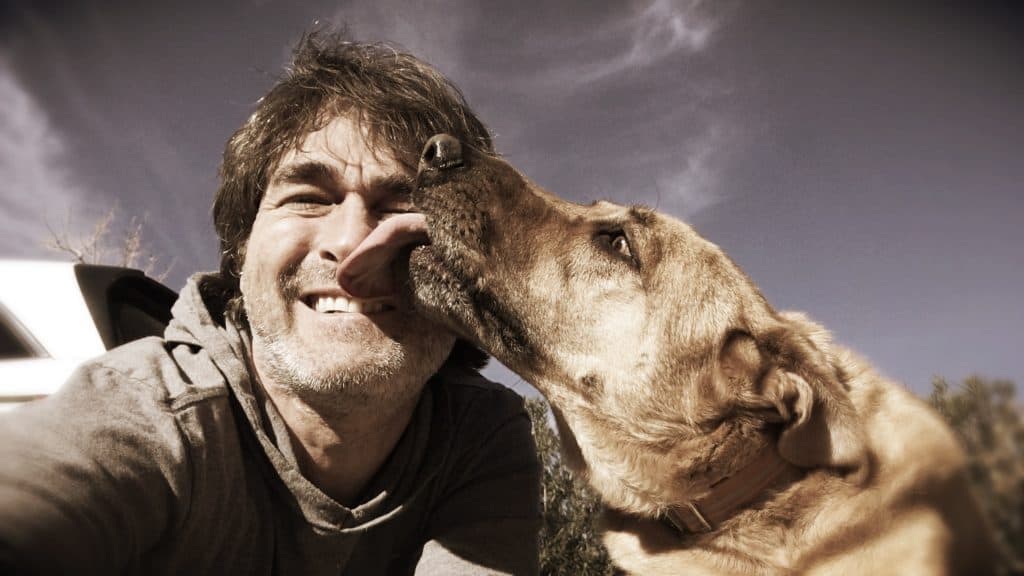 This is one of the rarest dog ever, which is originally bred in the United State, however, this one is famous for being one of the rarest dogs ever, which is athletic and sturdy, in addition to being Patient, intelligent, and willing to please everyone, and that’s why this breed was first used   drafting and sled dog racing, but currently this breed is famous for being an ideal family dog, and its affinity to children 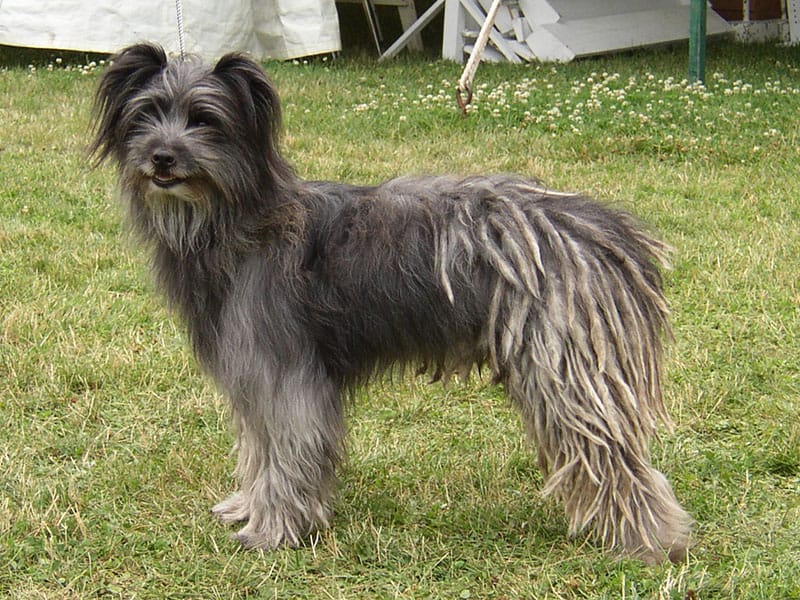 The Pyrenean Shepherd is one of the rarest dog breed in the world, regarding how this breed looks, it is famous for its coat  which varies from smooth to long, in addition, this breed is  described as a vibrant athlete and vigilant herding dog which is famous for being enthusiastic and mischievous, in addition to, being playful with his family,.