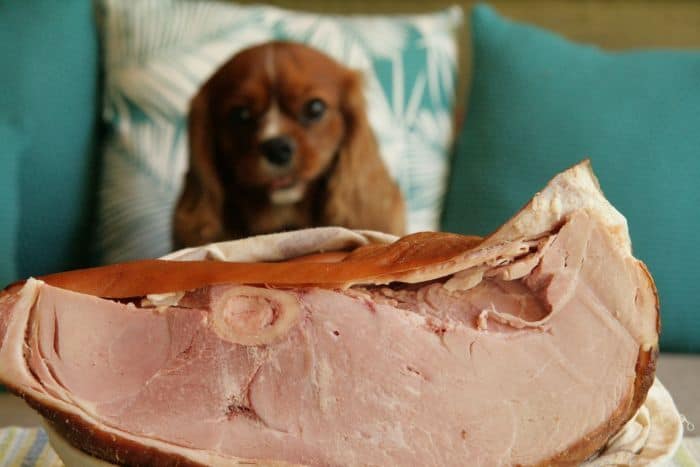 It is almost December, and holiday season, and yes, December is a month of holidays for just about everyone., holidays mean eating a lot of tasty and delicious food, and eating means cooking, and cooking means goodies.

Holidays cant complete without eating chocolate, eggs, beef bacon, glazed ham, and many more tasty and festive food, that’s why ham is considered to be an amazing food for most of people, and  it makes a special treat during the holidays or festive season , and ham can be prepared and found in many meal and dishes, you can find a pizza with ham slices, you can find a pasta plate which is filled with ham , or you can eat as well a glazed ham bites. 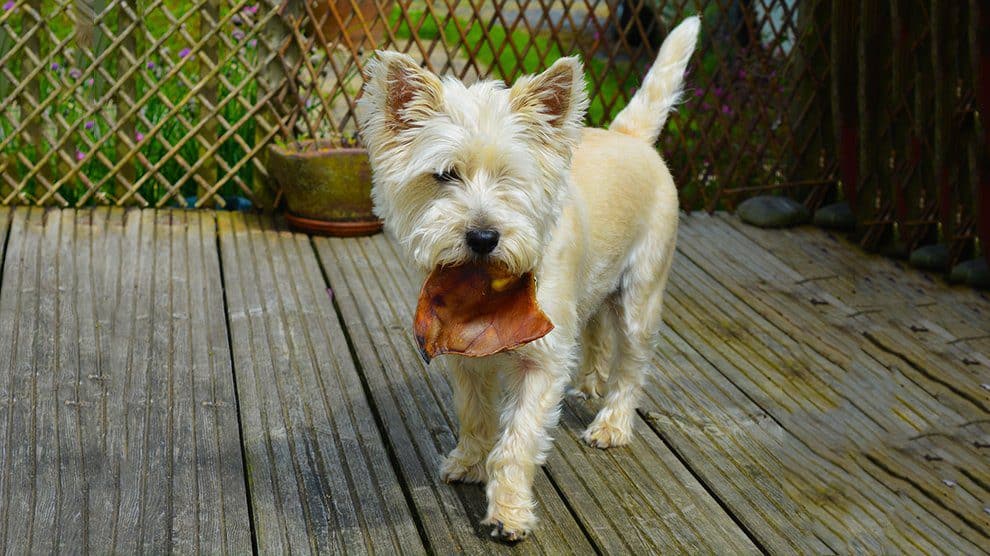 But hey, what about your furry four-legged friend, if you are a dog owner or a pet parent, you need to think that during holiday and festive season and while everyone is gathered and celebrating around the table, you might find your dog lovely eyes are you when you are eating something. The guilt you feel of not sharing will be very hard, so you might drop off a bite to your dog to eat, I

But be aware sometimes this situation can turn into an unpleasant one and very serious, as imagine if you couldn’t resist your dog’s eyes and you gave it some food to eat, and after then your dog became very ill, well I know the begging is irresistible.

You May Also Like:  Can You Give Dogs Bananas? 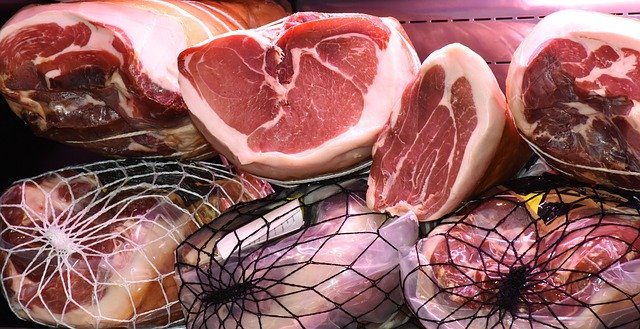 But as pets and dog owners,  But we need to be conscientious of what foods we share with our pets, we need to know every single detail about the human food that we are going to serve and introduce to our dogs.

So now back to our topic, in this article, we will reveal more and more about the story of dogs and ham, and we will know if is it okay to feed our dogs ham or not?in addition to the side effects and risks that might happen to your dog, and many more point will be revealed, so let’s get started.

So, let’s start with the first question on this topic, and the most important point is .. is it safe to feed our dog’s ham ? or in other words, can dogs eat ham or not? 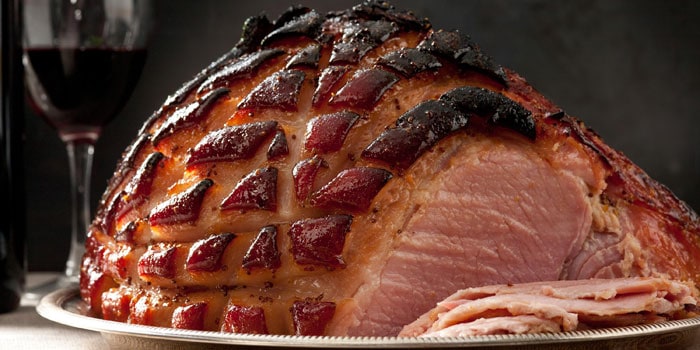 So, if you need a short and clear answer, here the answer may be a little bit complicated, as it is yes and no, in other words, Ham isn’t dangerous and toxic to dogs to eat, however, it doesn’t offer health benefits and nutritional value for dogs, in addition,. It’s high in fat and sodium, that’s why feeding your dog a  very little quantities of ham as a rare treat might be okay.

Well, let’s move on now to reveal, the risks, dangers, and probably side effects of overfeeding your dog ham.

Risks Of Ham For Dogs 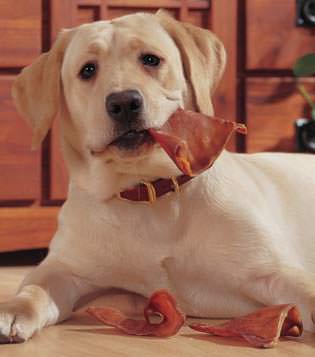 You May Also Like:  Can Dogs Eat Avocados? Yes or No?

So if you want to feed your dog ham, or you need first to ask your vet to take the permission, and to ensure that your dog doesn’t suffer from any allergic reaction to ham, and when you start serving ham to your dog, you need to start with a very small quantity first, and if you noticed anything unusual after the consumption, you have to contact and consult your vet as soon as possible.

All in all, the answer to the question, can dogs eat ham?, maybe, you can serve ham to dogs in moderation as a rare and occasional treat, and in very small quantities, yes I know ham may be very tasty , but overfeeding it can lead to fatal and serious problems, so be aware, and remember    if you want to feed your dog r meat or any kind of treats, there are a ton of options that are far healthier choices than ham. 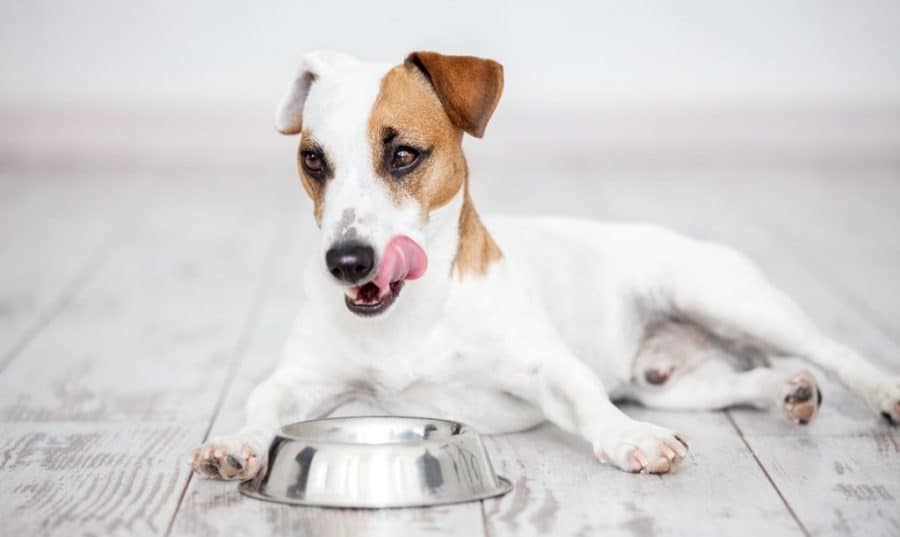 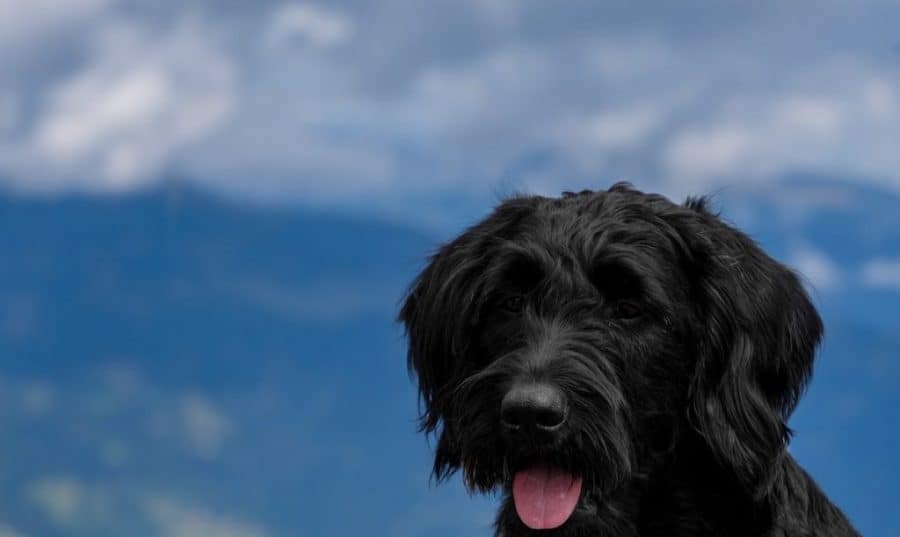